Minneriya National Park (seat in coach tour)
This 7 day group tour showcases the best of Sri Lanka from a slightly different perspective – instead of a jeep safari in Yala with everybody else you will visit Minneriya National Park, a quieter park away from the hordes but still containing plenty of wildlife and famous for its’ large herds of elephants as well as birdlife, crocodiles, monkeys and leopard. A climb of Pidurangala Rock will reveal an alternative view of famous Sigiriya Rock, great for photo opportunities and the optional train ride will show the very best of the tea country from an amazing viewpoint. At the end of the tour spend two nights on the beach to reflect on the sights you have seen.

Note: IMPORTANT – All transfers & sightseeing will be combined (with all other guests)

Includes :
Flights from London Heathrow with Turkish Airlines
Airport taxes
7 nights accommodation as per itinerary
All sightseeing including entrance fees, village safari, jeep safari etc. as per the itinerary
English speaking national guide (for 7 Pax and above) OR English-speaking chauffeur-guide (for up to 6 Pax)
Air-conditioned transport 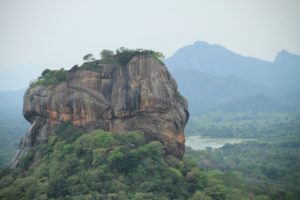 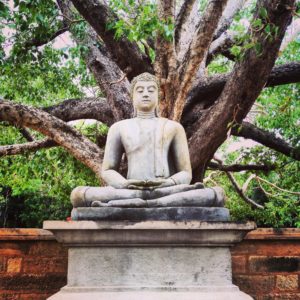 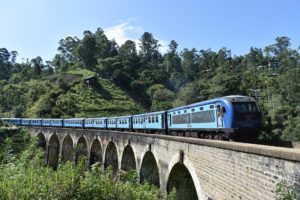 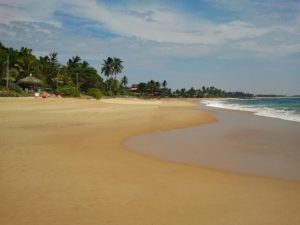 Day 1: Day 1 Airport / Sigiriya:
Arrival at Colombo International Airport and transfer to Sigiriya. Rest of the day at leisure. Overnight in Sigiriya.

Day 2: Sigiriya / Pidurangala / Village Visit / Sigiriya:
After breakfast, visit Pidurangala Rock. Pidurangala Rock – This rock has a much more natural feel, despite also housing a Buddhist temple. Pidurangala Rock is adjacent to Sigiriya Rock and is the best viewing spot of Sigiriya Rock as it is only slightly lower. Pidurangala is a popular spot for sunrise as you can enjoy 360-degree views of not only the valleys but also Sigiriya Rock. It is believed that the history of the temple at Pidurangala goes back beyond to the first and second century BC. From those days Pidurangala was used as a Buddhist monastery and but became a prominent place during the reign of King Kashyapa (473 – 495 AC). According to ancient chronicles, Prince Kashyapa had killed his father King Dhatusena and fled to Sigiriya to find out a more secure place to prevent retaliation attacks from his half-brother, Mugalan. With the arrival of King Kashyapa, the Bhikkus who medidated there were requested to move to the nearby Pidurangala. As compensation, King Kashyapa refurbished the temple and made it a prominent place. Thereafter enjoy a village safari followed by lunch at a local home or by the paddy field. Village Safari – This unique experience would allow you to understand the rural life of the Sri Lankan people and will include a tuk-tuk ride, bullock cart ride & boat ride on the lake.

Rest of the day at leisure. Overnight in Sigiriya.

Day 3: Sigiriya / Minneriya / Sigiriya:
After breakfast, visit Sigiriya Rock Fortress. Sigiriya – Home to the 5th century ‘Fortress in the Sky’ built by King Kasyapa which is perhaps the most fantastic single wonder of the Island. It is also known as Lion Rock because of the huge lion that used to stand at the entrance to the fortress. Within its triple-moated defence, the huge rock rises to a sheer height of almost 500 feet. On its summit are the foundations of what was once a great and sumptuous palace and gardens complete with swimming pool. On one of the stairways, the only known ancient work of Sinhala secular painting survives in the form of frescoes of life-sized damsels in all the freshness and delicacy of their original colours.

Enjoy a jeep safari at Minneriya National Park in the afternoon.

Minneriya National Park – This National Park, 8,889 hectares in extent is famous for its large population of elephants in herds of 100 to 150 roaming in the jungle and seen in the catchment area of the Minneriya Lake. About 300 wild elephants, wild buffaloes, wild boar, spotted deer, sloth bear, sambar, leopards, crocodiles, jackals, 9 kinds of amphibians, 25 kinds of reptiles, 160 species of birds, 26 varieties of fish, 78 varieties of butterflies are recorded from the Minneriya National Park.

Dambulla – Dambulla is famous for the five cave temples on a rock. The first three caves are better, older and larger than the other two. Some caves date back to the 1st century BC. All the five cave walls and ceilings are covered with Buddhist murals and there are more than 130 Buddha statues. Statues of gods and kings are also found here.

Thereafter leave for Kandy, visiting a spice garden and a Batik factory en-route. ous cinnamons, cardamoms, pepper plants etc. You can also purchase you requirements of spices. Afterwards visit a Batik factory where you can see the manufacture of beautiful Batik prints and also purchase a wide variety of Batik items. Visit Temple of the Sacred Tooth Relic in the afternoon.

Kandy – the hill capital; venue of the annual Esala Perahera (Local festival in Kandy); the last stronghold of the Sinhala kings, was finally ceded to the British in 1815. Surrounded by hills, the Mahaweli River and the virgin forest, it is the center of Buddhism, arts, crafts and culture in Sri Lanka. Kandy is an example of Buddhism’s influence in Sri Lanka today. Temples, shrines and monasteries keep Buddhist traditions alive. To Buddhists of Sri Lanka and the world, Kandy is one of the most sacred sites as it is the home of the ‘Dalada Maligawa’ – Temple of the Sacred Tooth Relic of Lord Buddha. One would always return a second time to this beautiful city.

Witness a cultural show in the evening. Overnight in Kandy.

Sightseeing in Nuwara Eliya in the afternoon.

Nuwara Eliya – the ‘Little England’ of Sri Lanka, is set against beautiful backdrops of mountains, valleys, waterfalls and tea plantations and is 6,200 feet above sea level. In 1826 some British Officers out on shooting, chanced on Nuwara Eliya plains, and Sir Edward Barnes investigated on it. In 1828 a road was constructed over the ridge at Ramboda Pass and a station for convalescent soldiers was established. It was Sir Samuel Baker who fell under the spell of Nuwara Eliya, brought hounds, horses, cattle, sheep etc. and started a typical English farm here. Flowers and vegetable were brought from England and planted. It is supposed to be one of the coldest places on the Island, but is really just like an England spring day although the temperature does drop at night.

Tea Plantations – tea was first planted in Sri Lanka in 1824 at the Royal Botanical Gardens in Peradeniya, when a few plants were brought from China. More were introduced from Assam in 1839. In 1867, a Scottish planter named James Taylor planted tea seedlings in 8 hectares of forestland in the Loolecondera Estate. In 1873, the tea export industry of Sri Lanka began with a modest 23 lbs being shipped to London. Today more than 200,000 hectares in highlands and other areas are under tea and around 300 million kilograms (nearly 25% of world tea exports) are exported by Sri Lanka as the world’s second largest tea exporter. Tea grows only on rolling terrain and is classified by elevation into Low Grown, Medium Grown & High Grown.

Day 6: Kandy / Bentota (or any resort on the south-west coast)

After breakfast, leave for Bentota.

Bentota – Bentota is a famous beach resort with a large number of hotels, providing star class facilities and the beach is safe and nice. Bentota is also famous for water sports in the sea and the Bentota River. Sailing, waterskiing, para-sailing, water scooters and boat rides up stream of the river are available as well as Ayurvedic treatment.

Rest of the day at leisure.
Overnight in Bentota.

Day 7: Bentota
After breakfast, at leisure.
Overnight in Bentota.