Day 1: Airport – Negombo
On arrival at the Bandaranaike International Airport, you will get your first taste of warm Sri Lankan hospitality; you will be welcomed by our Viluxur holidays representative and transferred to Negombo.

The sea and catamarans is the backdrop of the Negombo scenery. Take a leisurely walk in the area to explore the various trinket shops that occupy this fishing village. You may visit the Negombo lagoon and a fish auction, and make an unforgettable visit the Dutch fort and an old Catholic Church.
Check in at the hotel and spend the rest of your day at leisure by the beach/pool.

Overnight stay at the hotel in Wattala.

Breakfast at the hotel. Proceed to Yapahuwa.

Yapahuwa – An ancient fortress and capital built in the year 1301. Yapahuwa is a rock rising to a height of 90 meters. Many traces of ancient battle defenses can still be seen, while an ornamental stairway, remains its biggest showpiece. “Yapahuva” the the 13th Century capital in Sri Lanka was made King Buvanekabahu I. Here the chief object is the rock, which rises about 300 ft above the surrounding land. The land at the base to the south is fortified with two moats and ramparts. In this enclosure there are the remains of a number of buildings.

Anuradhapura is Sri Lanka’s ancient capital, 5th century BC – 9th century AD and the centre of the island’s Buddhist civilization. In antiquity and the interest, it is the equal of any ancient ‘buried city’. Impressive white ‘dagabas’ (relic chambers) and monuments, embellished with handsome stone carvings and sculpture, the oldest documented tree on earth – The Sri Maha Bodhi (over 2000 years old), pleasure gardens, beautifully executed stone baths and ponds, a superb irrigation system of reservoirs and canals are the attractions of Anuradhapura.

Overnight stay at the hotel in Anuradhapura.

This morning the clients will visit the Rock Fortress of Sigiriya. – Optional cost not included

The Lion rock was a citadel of unusual beauty rising 200 meters from the scrub jungle. The rock was the innermost stronghold of the 70 hectare fortified town. The base of the rock is ringed by a moat, rampart, and extensive gardens including the renowned water gardens. The world-renowned frescoes of the heavenly maidens of Sigiriya which are in a sheltered pocket of the rock approached by a spiral stairway are one of the main attractions. The frescoes are painted in earth pigments on plaster.
Thereafter transfer to visit the Polonnaruwa Ruins.

Optional cost not included.
Polonnaruwa rose to fame as the capital after the decline of Anuradhapura. Its period of greatness was from the 10th – 12th centuries AD. The entire landscape of the region is punctuated by huge man-made reservoirs, veritable inland seas the most famous of which is the Prakrama Samudra or the Sea of Parakrama, larger in size than the Colombo harbor. The monuments of this medieval city are relatively well preserved and give clear evidence of the glory of Sri Lanka’s past. See the Royal Palace complex, the Quadrangle with its concentration of ancient heritage and the spectacular Gal Vihare complex of four massive images of the Buddha, cut from a single slab of granite – a highlight of ancient Sri Lankan rock carving.

Return to the hotel for an overnight stay.

Breakfast at the hotel, thereafter you will be transferred to Kandy via Matale.

Dambulla Rock Temple – was built by king Walagambahu in the 1st century B.C. Dambulla is a world heritage site and is the most impressive of Sri Lanka’s cave temples. The complex of five caves with over 2000 sq. meters of painted walls and ceilings is the largest area of paintings found in the world. The caves contain over 150 images of the Buddha of which the largest is the colossal figure of the Buddha carved out of rock and spanning 14 meters.After breakfast, proceed to visit the Elephant Orphanage in Pinnawala. – Cost not included.

Pinnawela Elephant Orphanage – is a home for about 60 elephants (out of which around 50 are baby elephants) found abandoned or orphaned in the wild. They are being cared for, fed and trained by the wild life authority. The best time for your visit is at 0900hHrs in the morning, when you will have the opportunity of seeing these ‘babies’ being bottle-fed. You could also see the elephants having their daily baths at a river close by.

Check-in to the hotel and overnight stay at the hotel.

After breakfast, proceed to visit the Royal Botanical Garden in Peradeniya.

Royal Botanical Gardens – was first built as a pleasure garden by a Sinhala king and was expanded by the British. It is 147 acres in extent and provides an amazing variety of trees, plants and flowers. Here, exotic crops such as coffee, tea, nutmeg, rubber and cinchona (quinine) – all of which later became important to Sri Lanka’s economy – were tested. Sights include a palm avenue planted by the British in 1905.

Temple of the Sacred Tooth Relic is a Buddhist temple in the city of Kandy, Sri Lanka. It is located in the royal palace complex of the former Kingdom of Kandy, which houses the relic of the tooth of the Buddha. Since ancient times, the relic has played an important role in local politics because it is believed that whoever holds the relic holds the governance of the country. Kandy was the last capital of the Sri Lankan kings and is a World Heritage Site mainly due to the temple. Transfer to Nuwara Eliya.

Breakfast at the hotel and transfer for sightseeing in Nuwara Eliya.

Yala – Situated 309 kms south of Colombo, Yala is approximately 1259 kms in extent and is located in the southeastern corner of the Island. The terrain is varied, flat plains alternating with rocky out crops. The vegetation ranges from open parkland to dense jungle. The specialty here is the large numbers of Elephants. Yala is the largest national park in Sri Lanka and is the home of wild elephants, wild boar, wild buffalo, leopard, bear, deer and crocodiles. Visitors can also see large flocks of migratory and indigenous birds.

Overnight stay at the hotel.

Breakfast at the hotel and transfer to Bentota.

Transfer to do a City tour in Galle.

Galle, said to be the famous Tarshish of the Bible is the Port where the Portuguese first landed in Sri Lanka. Fortified by the Dutch who ruled maritime Sri Lanka in the 17th and 18th centuries, the city still retains the air of old Holland. Old Dutch Churches and monuments with armorial bearings, well preserved Fort and ramparts, imposing crested and monogrammed gateway dated 1669, many well preserved old Dutch houses and narrow alleys still bearing Dutch names.

Transfer to Bentota and check-in to your beach resort.

Overnight stay at the hotel.

Breakfast and full day at leisure. Relax and enjoy the beaches and pools.

Optional: visit to Madhu River and boat ride on the river.

Madu River which flows across Balapitiya (approx. 80kms down south from Colombo) is one of the rarely visited and unspoiled attractions any nature lover can find in Sri Lanka. She boasts of having a cluster of 64 small islands scattered along her path and the most of which are uninhabited and covered with mangroves.
Overnight stay at the hotel.

Breakfast at the hotel. Proceed to the airport in time for the departure flight.

We hope you had a memorable stay in Sri Lanka and wish you a pleasant flight! 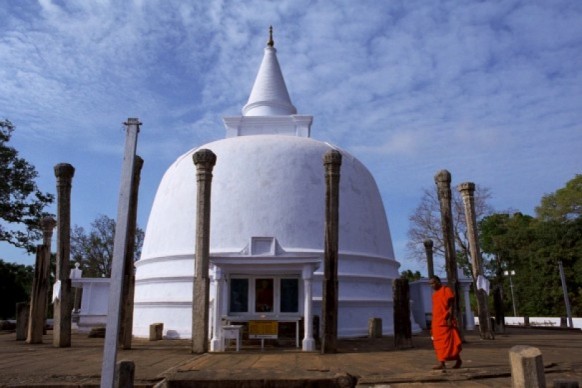 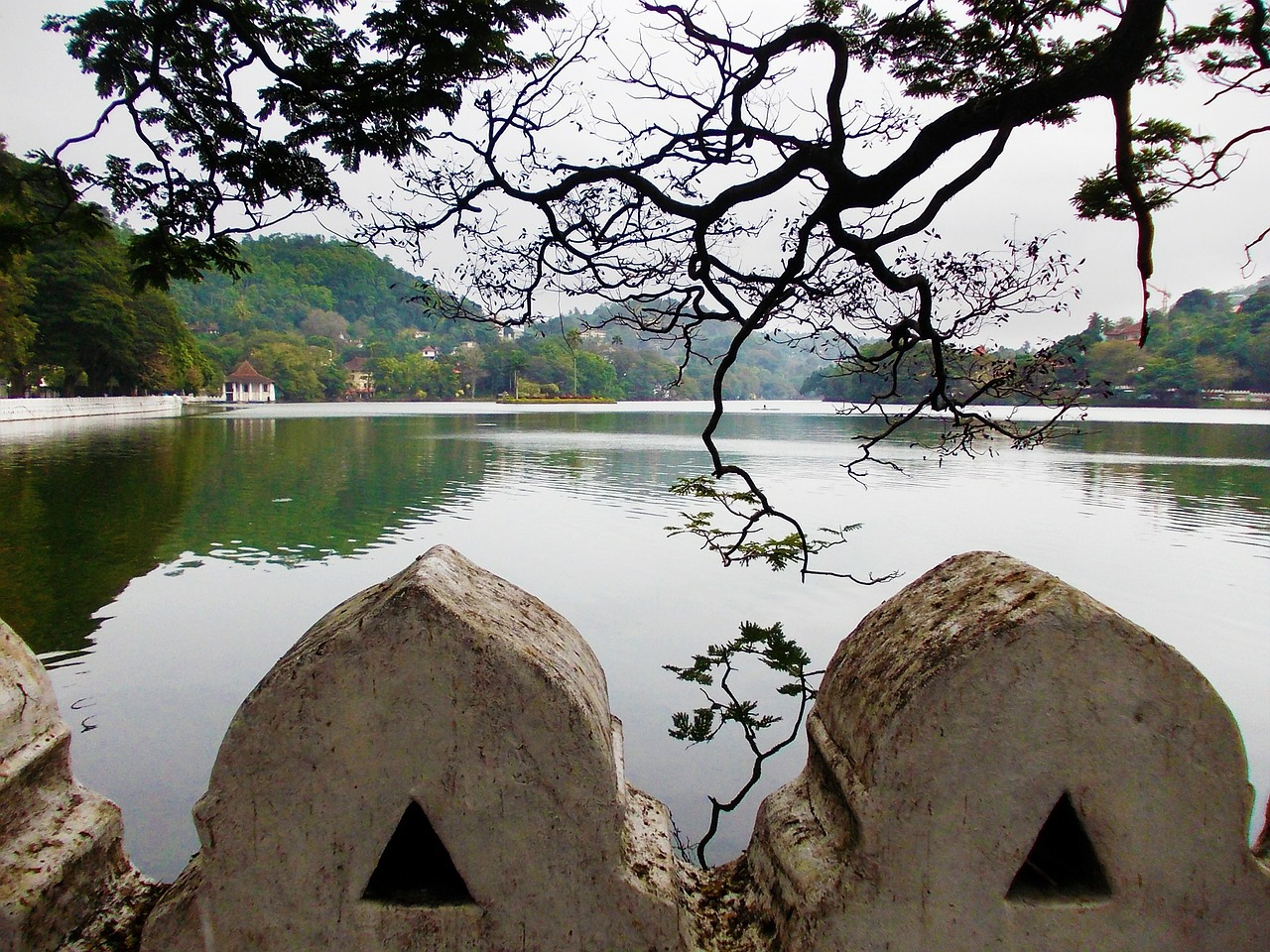 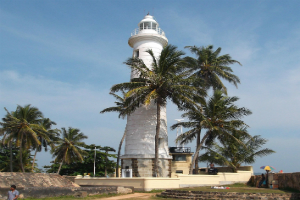