Although tropical Sri Lanka is often thought of as a beach destination, this tear-drop shaped island holds vast treasures within its’ interior as well as miles of glorious coastline. To fully appreciate all the sights this fascinating country has to offer an escorted tour or a tailor-made itinerary with private car and driver guide are a must. 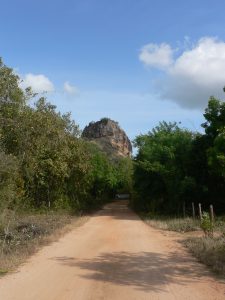 The Cultural Triangle is an area consisting of ancient cities, historic temples and rock fortresses. The UNESCO World Heritage Site of Anuradhapura was once the capital city of Sri Lanka and offers well-preserved relics of an ancient civilisation. It is one of the oldest continually inhabited cities in the world and whilst some of the ancient buildings are now little more than rubble, there are still many intact examples which makes wandering among them a fascinating way to spend a few hours.

Sigiriya Rock Fortress is one of Sri Lanka’s most recognised monuments and a must-see on any Sri Lanka holiday. King Kashyapa built this fortress on top of Sigiriya Rock in AD477 and moved the capital city of Sri Lanka here. All that remains now are the ruins of the palace and city and, of course, the fabulous views from the summit that make your climb up the iron walkway to the top well worthwhile. After your descent, be sure to spend some time exploring the water gardens and terraces at the base of the rock.

Dambulla is another must-see in your itinerary. This cave temple complex is also called the Golden temple of Dambulla and is the largest and best-preserved cave system in the whole of Sri Lanka. It is made up of around 80 caves but it is the five caves filled with paintings and drawings which are best known. Within these five caves are 152 Buddha statues, three statues of Sri Lankan kings and four statues of gods and goddesses, including the two Hindu gods Vishnu and Ganesh.

Polonnaruwa is situated to the east of Sigiriya and Dambulla and is a wonderful example of another ancient city, slightly smaller than Anuradhapura, the ruins here are better preserved and a worthwhile stop.

Kandy is Sri Lanka’s second largest city and is famed not just for its’ temples, history and artefacts but also for its’ stunning scenery and lush botanical gardens.  The famed Buddhist Temple of the Tooth is Kandy’s most visited sight, home to the tooth relic which is said to be from Buddha himself. There are a number of other temples here, as well as gem factories, Kandyan dance shows and the Royal Botanical Gardens. Mountainous landscapes and thickly-forested hills provide numerous walking and hiking opportunities.

Tea Plantations of the Central Highlands 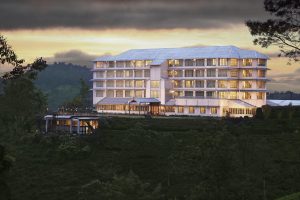 Nuwara Eliya is a complete contrast to the rest of Sri Lanka, a cooler climate and old colonial style buildings and pastimes could have you thinking you have entered a different country but the Sri Lankan charm will remind you where you really are.

From Nuwara Eliya you can visit tea plantations and non-working tea factories or even stay overnight in luxury at an old tea factory, such as 5* Heritance Tea Factory, with magnificent views across the rolling landscape.

Nuwara Eliya and nearby Ella are also the gateway to Horton Plains National Park which is famed for its’ stunning flora and fauna as well as the breathtaking views from the precipice at World’s End.

Sri Lanka has more than its’ share of national parks making access to wildlife spotting a possibility from virtually any part of the island but probably the two best known examples are Yala National Park and Udawalawe National Park. Situated in the southern part of the island it is possible to stay nearby at both of these locations and game drives are easily arranged from your hotel. 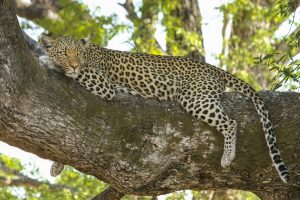 Yala is the second largest national park in Sri Lanka and the most visited due to having the highest density of leopard in the world. This makes it an unmissable destination for wildlife enthusiasts and a guided game drive may reveal herds of elephant socialising at the waterholes, sambar deer, monkeys, crocodile and maybe the elusive leopard!

Udawalawe National Park is a quieter park known for the Elephant Transit Home which rehabilitates orphaned elephants and returns them to the wild. During a visit you will find out about the sanctuary’s work and observe the elephants without interacting with them as they need to remain as wild as possible to have the best chance upon their release. The park itself is also home to herds of wild elephants as well as numerous other examples of native fauna and flora.

For a tailor-made itinerary or more information please Contact Us>> and we will be happy to provide a bespoke tour to your requirements.